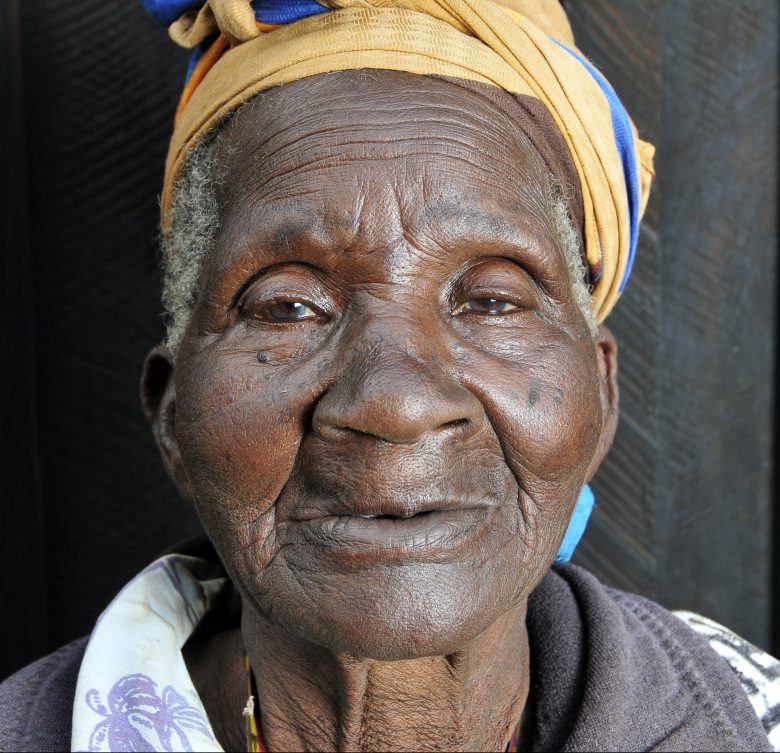 Health is a complex phenomenon to document. However, by looking at 1) how long people live, 2) what sort of life they live (‘healthy’ or ‘unhealthy’) and 3) how easy or difficult it is to access healthcare, we can get a glimpse of the current health situation in Kenya.

1) How long do Kenyans live?

The World Bank reported that on studying the latest population characteristics of Kenya, a baby born in Kenya in 2015 was expected to live, on average, up to the age of 62 years. Women in Kenya live longer than men and therefore, if the baby was female, she would live up to the age of 64 years and if male, up to 60 years. These figures are the highest ever reported for Kenya since this kind of data started to be computed, indicating that Kenyans are living longer than ever before. (However, Kenyans shouldn’t rest on their laurels because, according to the same World Bank data, a child born in Tanzania in 2015 would, on average, live up to 65.5 years!)

These figures are, obviously, dependent on these babies surviving the often challenging first few years of life. Unfortunately, many babies born in Kenya do not make to their 60s.

What are the current killers in Kenya?

Comparing the killers then and now

The peak of the HIV epidemic in Kenya, according to World Bank data, was in 1996 when over 12% of the population was HIV positive. Many Kenyans lost their lives due to the effects of this virus in the years that followed. In 2015, according to World Bank data, slightly less than 6% of the population in Kenya was HIV positive. These 2015 figures back the estimates that show that HIV/AIDS is no longer the top ranked killer in Kenya.

According to the Review of the Kenya Health Policy Framework, 1994 – 2010 data mentioned above, after HIV/AIDS, the next biggest cause of death in Kenya accounting for 9% of all deaths is what are labelled ‘conditions arising during perinatal period’. These are deaths of the baby from 22 weeks of pregnancy all the way up to the 28th day following birth. As noted above, the WHO estimates of 2015 still show that a huge proportion (9%) of deaths in Kenya were of babies.

There is more data available on the number of deaths of babies and children in Kenya. According to the latest World Bank data, in 2015, Kenya lost slightly more than 22 babies for every 1000 babies that were born alive, before they got to the age of 28 days.

The  same World Bank data from 2015 also reports that Kenya lost slightly more than 35 children for every 1000 babies that were born alive, before they reached the age of 1 year. Equally worrying is the 50 of out 1000 children who died before reaching age 5 in Kenya in 2015.

2) Do people in Kenya live a healthy or unhealthy life?

The 2013 Kenya Household Health Expenditure and Utilisation Survey (2013 KHHEUS), which is available here, found that almost 85% of Kenyans reported their health status as ‘good’ or ‘very good’ on a scale ranging from ‘very good’ to ‘poor’.

In 2016, the WHO published data (which can be found here) that estimated that a new-born in Kenya in 2000 would have had 45.5 years of healthy life but for a new-born in 2015, that figure had risen to 55.6 years. As noted earlier, women live longer than men in Kenya, and the WHO estimates from 2015 indicated that a female new-born was expected to have 57.4 years of healthy life while a male new-born was expected to have 53.9 years. This amounts to about the same proportion of good health for both men and women, i.e. about 90% of the life (of the man or woman), will be of good health.

Compared to the rest of the world, there is still a lot of work to be done to further improve the health of Kenyans. The same WHO data estimated that the global average number of years of healthy life for a new-born born in 2015 was 63.1 years.

Risk factors to a healthy life

The Kenya Health Policy 2014-2030 of the Government of Kenya (published in mid-2014 but using data from 2009) noted that the leading risk factors for death or poor health were unsafe sex practices, unsafe water, sanitation and hygiene, sub-optimal breast feeding and childhood and maternal underweight.

As I write this article in 2017, the health picture has changed. While these factors from the 2014-2030 policy report are undoubtedly still important, it is worth bearing in mind the latest 2016 estimates from WHO which indicate that injuries, malignant cancers and cardiovascular diseases are now leading causes of death in Kenya. This means that the risk factors for death and poor health are now much more complex.

Health in the context of development

The Human Development Index (HDI) tries to understand and compute some of these complex factors that have an effect on the quality of life and indeed on the health of the individual. HDI looks at whether the people of a country have a long and healthy life, possess knowledge and have a decent standard of living. A single measure, the HDI, is then computed and used to rank the countries of the world and allocate the labels ‘very high’, ‘high’, ‘medium’ or ‘low’ human development to the countries.

The latest HDI is from 2015 and is available here. It puts Kenya at number 146 out of 188 countries and classes it a member of the group of ‘medium’ human development countries.

3) How easy or difficult is it to access healthcare in Kenya?

The WHO estimates that at least 250 medical staff (doctors, nurses and midwives) per 100 000 people are needed for a healthy population (WHO, World Health Report 2006). Kenya is far short of this target. Kenya’s distribution of healthcare personnel is also imbalanced as there are more health workers in urban areas compared to rural areas.

The 2010 Constitution of Kenya set up a devolved system of government composed of one national government and 47 county governments. The counties are responsible for the county health services and systems which are organised in a hierarchical manner with the community at the base level and referral hospitals at the top. There are disparities across counties in terms of infrastructure and health needs and also in terms of health outcomes.

For example, in 2012, the number of women who died due to pregnancy related complications per 100 000 live births were less than 28 in Nyamira county and over 395 in West Pokot county, according to the Health Sector: Human Resources Strategy 2014-2018 report.

The 2013 Kenya Household Health Expenditure and Utilisation Survey (2013KHHEUS) found that almost two thirds (66.5%) of those who sought health care lived within 3 km of the health facility while less than 13% travelled more than 10 km to attend a health facility. Indeed, the most likely reason why a particular health facility was attended was ‘close to home’ (23.7% of the population) followed by ‘medicine available’ (17.4%) and ‘less costly’ (10.8%).

Differences between the rich and the poor

The 2013KHHEUS  reported that the most common reasons for not seeking health care were that ‘the illness was not considered serious enough’ (39.3%), followed by ‘self medication’ (30.7%) and then ‘high cost of care’ (21.4%). The survey also showed that the proportion of people who self-assessed their health as ‘good’ or ‘very good’ increased steadily as their wealth increased.

It is commendable that free maternity cover has been offered in public hospitals in Kenya since 2013 and in 2016, this was extended to faith based health institutions. However, this health service faces huge obstacles. For example, the maternity funds allocation model was plagued by reports of delays in payment by the central government to the counties and embezzling of funds at the central government.

A new funding model was inaugurated in late 2016 whereby, instead of sending the funds for maternity cover to the counties, these funds are disbursed via the National Health Insurance Fund (NHIF). The NHIF is a government health insurance scheme providing medical insurance cover. A NHIF cover is compulsory for Kenyans in the ‘formal’ sector who have a monthly income of more than Ksh 1000 and voluntary for those who are in the ‘informal’ sector or not in employment.

NHIF is a valued part of the health service, though it is far from adequate in meeting the healthcare bills of most Kenyans, particularly those with chronic illnesses. For example, the huge individual costs incurred by Kenyans with breast cancer was reported in an article published in 2016 here.

Lately, Kenya has been plagued by health personnel strikes. In 2017, doctors walked out over pay and stayed away for months. At the time of writing this article, nurses had been on strike for five weeks and patients were being turned away from hospitals.

While I have quoted statistics on health care in Kenya today, it is the actual people, mothers and fathers and children, that we ought to remember when we think about healthcare. Two weeks ago, we buried my grandmother. On the night she died, most health facilities were overwhelmed due to the staff shortages as a result of the nurses’ strike. When she eventually got a hospital that could admit her, she was very poorly and in a few hours, had passed away. 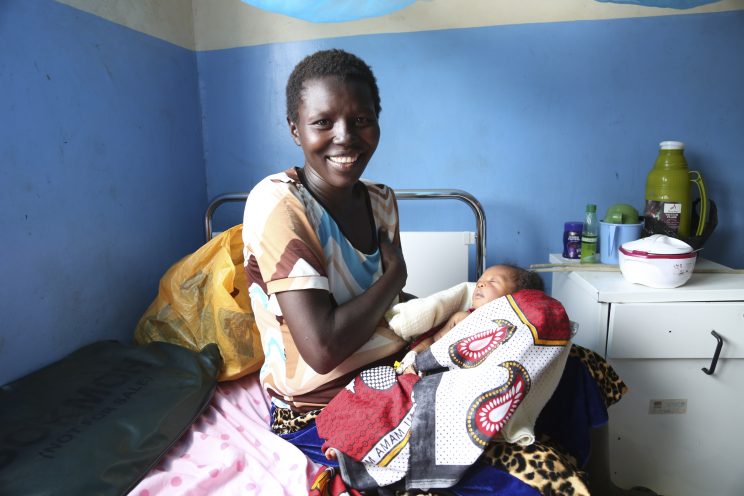